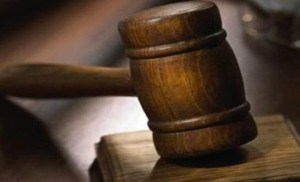 In the debt collection industry, it should come as no surprise that debtors can sometimes become agitated with recovery tactics. Though legitimate collectors know the rules and regulations of the business, the individual in question can find the strategies annoying. However, there is a fine line between speaking to customers about their overdue payment and harassing them. Recently, California-based debt collector Jack Boyajian and others in his law office appealed an earlier ruling in Arkansas that charged the man with collection violations, InsideARM reported. This time, the state supreme court ruled in his favor, overturning the charge reached in 2011. According to the Arkansas News Bureau, McDaniel claimed Boyajian harassed Arkansas citizens, threatening them with legal action if a debt was not paid off, a charge the lawyer disputes. Originally, InsideArm detailed, Arkansas Attorney General Dustin McDaniel won the case against Boyajian, saying the debt lawyer violated the Arkansas Deceptive Trade Practice Act. When the circuit court judge made the ruling, Boyajian was given a $194,000 fine for 776 violations, according to InsideARM. The source reported Boyajian brought the case to the state supreme court, saying that the ruling was, "inapplicable to an attorney collecting on debts in the course of the practice of law." The judge agreed. In the court's opinion, Chief Justice Jim Hannah wrote that the terms of the ADTPA were not a valid reason to punish the practice, citing previous case law. According to the ruling in Bennett & Delony, P.C. v. State, "the ADTPA has no application to the practice of law by attorneys." InsideARM reported the Bennett case also involved McDaniel taking legal action against another out-of-state law firm attempting to collect on debts. According to a separate article from the source, the appeal, brought before the state supreme court in March, was also found to be in favor of the firm. Hannah's opinion explained that law practices cannot be regulated by a General Assembly, only by the judiciary. Additionally, Hannah noted that despite the fact that Boyajian's lawsuits were brought to courts across the United States, not one was filed in Arkansas. The opinion also specified Boyajian's practice focused on recovering debts due to bad checks, telecommunications and medical treatments. The case was dismissed, and Boyajian is no longer expected to pay the fine.
Debt Collections