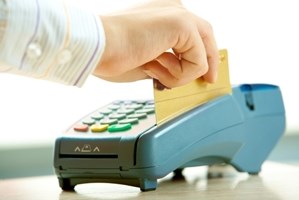 ACH cards have emerged as an excellent payment option for members of the underbanked population and beyond. Prepaid methods hold benefits for younger people learning to manage their finances, individuals looking for an alternative to traditional banking institutions and consumers looking to rebuild their credit in a low-risk way. Recent studies suggest that Americans' use of ACH cards is on the rise.

According to data from The Federal Reserve Bank of New York, the number of prepaid cards in use in 2011 doubled since 2009. In 2011, 2.4 billion prepaid transactions were made, totaling nearly $84 billion. While they may still only represent slightly more than 5 percent of the electronic payments market, this quick growth could indicate a turning point.

Additionally, in a study released in 2012, Javelin Strategy & Research found that figures for prepaid card use were up 18 percent in 2011 over the previous year, with 13 percent of U.S. adults opting for these solutions.

"People used to think of [prepaid cards] as cards for people who didn't have a lot of money, whereas today they're becoming much more common for a variety of uses and a variety of demographics," Beth Robertson, director of payments research for Javelin, said in a statement.

In terms of function, ACH cards and debit cards are not so different. Both allow users to pay from accounts, rather than with credit, while still enjoying the convenience of making electronic payments. One area where the two methods differ most significantly may be in the way ACH cards allow consumers to make these transactions without the fear of overdrafting their accounts. Prepaid cards can only make payments with the money loaded on to them, so users can be confident that even if they discover that they are denied a payment at the time, they will not be penalized for the attempt.

Additionally, some prepaid cards can help consumers take control of their credit scores without a credit card. In some cases, not only will an individual with poor credit be hesitant to use another card to rebuild their data, but they will also be denied the ability to do so. In this case, ACH cards can substitute for a credit card, and in today's world this is essential for all consumers. It is difficult, if not impossible, to obtain certain essentials, like a car, house or apartment, without a line of credit.